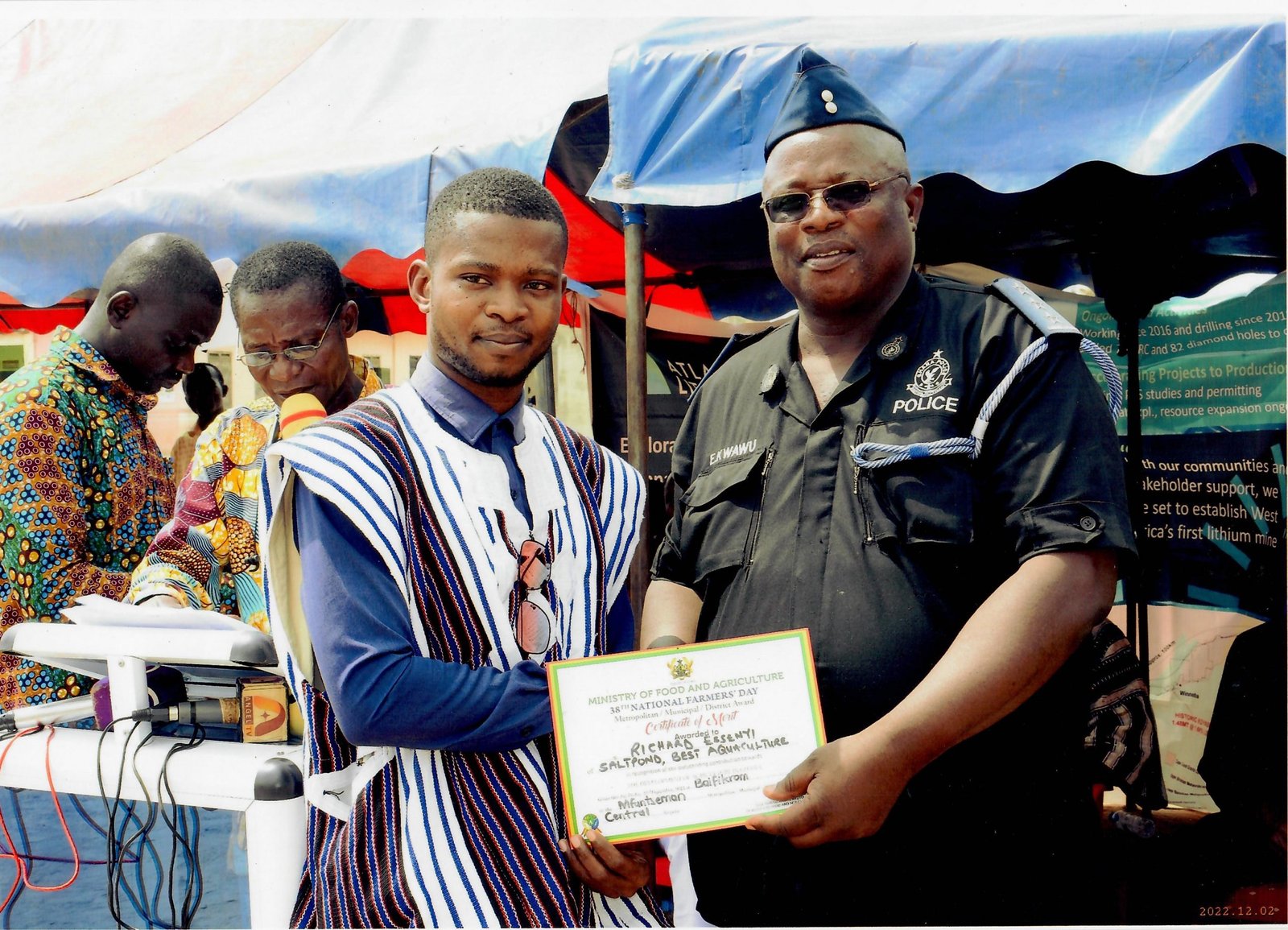 Richard Essenyi, a beneficiary of the Oak Foundation’s Youth Enterprise Incubator Project (OAK-YEIP), has been adjudged the best aquaculture farmer in the Mfantseman municipality in the Central Region of Ghana in the just-ended 38th Farmer’s Day Celebrations.

Mr. Essenyi was part of the agribusiness cohort of the Youth Enterprise Incubator Project (YEIP), implemented by OAK Foundation with sponsorship from GIZ-BMZ’s Returning to New Opportunities Program. The project trained him in piggery and fishery production skills and maintenance practices. Under the project, OAK Foundation provided Richard with commercial fish farming equipment and inputs as part of a starter-kit package. 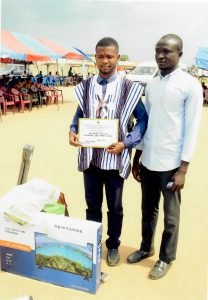 Currently, Mr. Essenyi produces about 3,000 catfish during quarterly farming cycles. The Mfantseman Municipal Assembly adjudged him as the best aquaculture farmer for his high-quality catfish, which are produced under the best management practices and sanitary conditions, a skill that was an integral part of his training under the Youth Enterprise Incubator Project (YEIP). Richard currently employs two farmhands. In the near future, he wants to expand his aquaculture farm and also venture into crop farming using modern farming practices. Richard has not regretted his decision to enter agriculture with the assistance of the OAK Foundation project and has encouraged other young people to do the same. 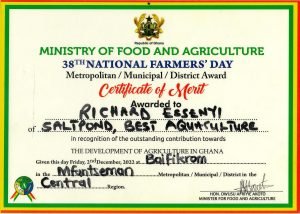 Annually, Ghana marks Farmers’ Day in recognition of the hard work of farmers and fisherfolk. The 38th edition was held on Friday, December 2, 2022, under the theme “Accelerating Agricultural Development through Value Addition.” In attendance were the Member of Parliament for Mfantseman Constituency, Hon. Ophelia Mensah Hayford; the Municipal Chief Executive, Hon. Ike Lord Ennu; and the Chiefs of the Mankessim traditional area, led by Osagyefo Amanfo Edu VI, the Paramount Chief, who was the special guest of honour. He called on the youth of the area to venture into agriculture as a means of self-employment. The Ministry of Agriculture, through the Mfantseman Municipal Assembly, gave a total of twelve awards at the 2022 farmers’ day awards ceremony in the municipality.